There was a time when people used to drop into each other’s homes.  All the time.  It was the way things happened when I grew up on the farm.  Certainly there were visits scheduled ahead of time when your hosts knew you were coming but there was lots of impromptu visiting.  Neighbours and friends would come by for coffee in the morning or just before lunch or dinner and would be seated at the table to join in the family fare.  Every so often I pull out a pile of letters my Mother wrote to me when I was at university.  She filled the pages with news of everyday life and almost everyday, sometimes more than once a day, people dropped by.  A stream of wonderfully warm social interaction.

Over time things have changed.  At least they have in our experience. When and why did people stop dropping by?  Is it urban living?  Do we think we have to have everything just so before people come over nowadays?  One thing about drop-of-the-hat entertaining is you serve what you have on hand and you eat what is offered.  It could be Cheerios for lunch.   Now there is some unwritten understanding that you must call or email and text ahead.  Whatever the reason, we are the poorer for it.

The idea from this blog comes from a gift I received last week.  The doorbell rang and, my goodness, there was a friend!   She was in the neighbourhood and dropped by-just like that!  What a wonderful surprise.  It was lunch and she said, yes, she would like to stay and anything would be fine.  Even Cheerios.  Fortunately there were supplies on hand to make something looking like lunch but I know she would have been happy with Cheerios.  And I was so very happy to have her seated in the kitchen.  We visited and it was grand.  When she left I looked around and saw there was ironing on the railing, waiting for the ironing board, a floor half washed, the vacuum hose lying in the middle of the floor and the counter strewn with ingredients for the evening meal prep.  She’d walked into and around all of it.  There was enough room to find a spot to eat and lots of time to visit.

I hope this is the start of a renaissance of dropping by.  My husband is planning to drop by a friend’s workshop this afternoon.  And he’ll be happy to be welcomed and to have a visit and who knows, maybe some Cheerios.

Is our experience one of city dwellers?  Or maybe we just aren’t that approachable (note to self: remember to invite people to drop by).  What’s your experience of dropping over these days? 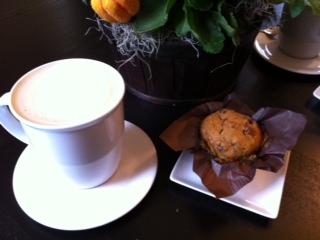 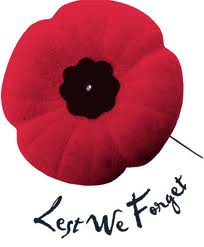 Living in Canada’s capital city, Ottawa, Ontario, we are fortunate to be able to attend the Remembrance Day Service at our national cenotaph. Today was a cool, showery, somewhat snowy day yet the crowds came to Parliament Hill.  There could be more people there though.  In our native province of Saskatchewan, Remembrance Day is a statutory holiday.  Everything pretty much shuts down.

When we moved here we were surprised to learn Remembrance Day is not a statutory holiday in Ontario.  What?  I’ll be working that day?  In the nation’s capital?  You don’t go to work on Remembrance Day!  You go to the cenotaph in your town or city and you stand in the sometimes very cold morning and you contemplate the selfless sacrifice of so many of long ago and not so long ago.  The first year we were here, there I was at work in a meeting and 11 a.m. we stood at our meeting table and bowed our heads for two minutes.  Two minutes.  And then we went back to our meeting.

While some employers (federal government, The Ottawa Hospital, for example) do give people a day away, most do not.  Stores close till about 12:30pm and then it’s open season.  Universities hold classes without skipping a beat, schools are open and life goes on.

Like many things in Canada, there is no one size fits all.  Some provinces have deigned Remembrance Day as a holiday, some have not.  We have the lives and the freedoms we enjoy in our great country because men and women laid their lives on the line for the greater good.  Surely we can take a day and make that effort to pause and give thanks.  After all, if they hadn’t done what they did, our lives would most decidedly not be what they are today.  Seems to me that 24 hours set aside to consider not only to reflect what’s gone on before but to consider why humanity continues to inflect horrors upon its own kind is not too much to ask.  In this great country of ours, we should all have time to pay tribute to those who have shaped our freedom.  Lest we forget.

Last night my friend and I attended the Death Cafe event in Ottawa.  If someone asks, what are you doing this week and you say, I’m going to a Death Cafe, it can evoke a bit of a shudder and a quick look I interpret as silently asking ‘why in the world’…..

What is a Death Cafe?  Death Cafe is based on the ideas of Bernard Crettaz, a Swiss sociologist who set up the Cafes Mortels. Jon Underwood read about the first Cafe Mortel to take place in Paris in the Independent newspaper in 2010 and was motivated to offer these himself.  It is described as a ‘social franchise’.  Death Cafes are now held across the world.  They are not for profit events and anyone can host one.  A worthwhile volunteer activity,  I say.

Our society has a strong tendency to deny death.  We use terms that soften the blow such as ‘passed on’ and ‘lost’.  I attended a seminar where a palliative care expert asked the group who amongst us had “lost a loved one”.  Nearly everyone held up their hands.  Then he asked “have you found them?”

The objective of Death Cafe is ‘to increase awareness of death with a view to helping people make the most of their finite lives. Below (I hope) is a video from the first Death Cafe held in Ottawa in June 2013.

Last night’s audience had a very strong representation of younger people.  Younger is a relative term and in my viewfinder, it means people around the age of 30, give or take 5 years.  The organizers created a welcoming and open atmosphere where, in small groups, you can discuss all manner of things about death and about living our limited lives in a way that recognizes there will be an end.

There are no reports, no flip charts  no group leaders at these events.  There are conversations that are wide ranging and can be touching and intimate.  If you come away from the event with one thing you plan to do, whether it be telling a loved one about your wishes upon your death or acting on something today you have been putting off, then it’s been time well spent.

Death Cafes help us inch ahead in living life fully and dying prepared.

Perhaps I am interested in the topic as I am rounding third plate on the ball field of life.  Now, there you see, I just used foggy language to describe death.  But I do plan to do one thing today to life more fully, one thing that I’ve been putting off for some time.

Would you attend a Death Cafe event if you had the opportunity? 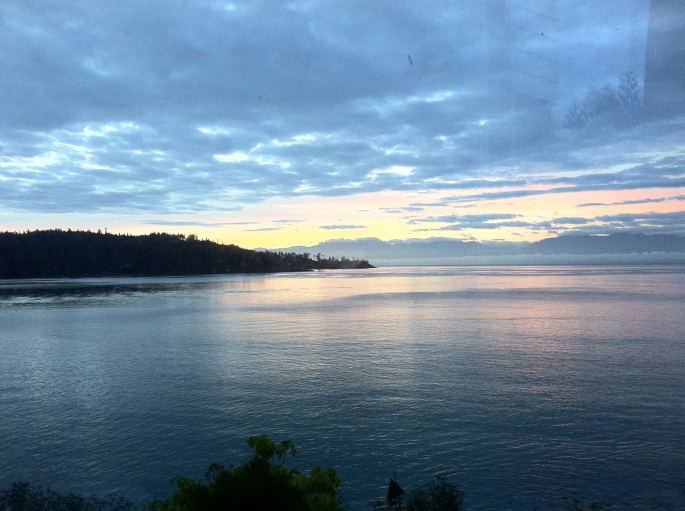 Today was a very windy, somewhat showery day.  There have been wind warnings and 21,000 homes in our area have lost power.  I had no need to leave the house and thought I’d spend the time on a variety of activities, many of them overdue.  One thing about re-wirement is you have more time to be an observer of life’s ordinary moments.  Here are my observations of a day of being housebound.   Fair to say there were 6 or 7 things I thought I’d get done today.  How could the day be summarized?

Everything takes longer than you think.

I fell far short of the things I thought I’d get done today.  I did a number of things that I hadn’t planned as one thing lead to another.  A day is sometimes like picking up a thread and following it around corners and down stairs and into nooks and crannies when you should have just left that thread untouched on the floor.

Now that I think of it, this day is not all that terribly different from days in the workplace.  At the start of the day you have great plans to accomplish a number of things but by the end of the day you realize a number of things will be carried over to another time.  The beauty of today is I didn’t have to go out in the howling wind to be inefficient.  I could do that without stepping out our front door.

Do you have advice for me on how to be more productive?  Some tips and tricks you use in your daily routine?